Domperidone maleate (domperidone, or just simply, dom) is a medication commonly used to treat stomach issues; this is a very established drug – it’s been around since 1979. Domperidone acts by blocking dopamine receptors. If you block dopamine, prolactin will rise (dopamine blocks prolactin), and generally lactation will follow with stimulation. For this reason, domperidone is a drug frequently used for lactation. Domperidone is also used as part the Newman-Goldfarb Induced Lactation Protocols, along with Fenugreek and Blessed Thistle.

Typically, domperidone is paired with the herbal galactagogues Blessed Thistle and Fenugreek to both boost, and promote milk supply. Many women find that they are not able to produce a lot of milk when they begin inducing, but when they add domperidone they see a jump in supply.

Should I Take Domperidone?

This is a personal choice question. If you want to induce ‘naturally’ then you may well avoid the pharmaceutical galactagogues and rely instead on nursing, pumping, and herbal supplements. Others may chose to use domperidone. There should be no judgement either way on what you decide, what fits one person’s philosophy just may not work for someone else.

Domperidone tablets typically come at a 10 mg tablet, and the usual dose for inducing/maintaining milk supply is to take 20-40 mg four times a day in conjunction with a combination of herbal galactagogues.

Domperidone can cause headaches if you increase your dosage too quickly. Start by taking 10mg four times a day and slowly increase each day until you reach your desired effect. (You shouldn’t take more than 160mg in a single day).

Don’t take it according to the package insert. Remember what the drug is actually for: to prevent vomiting. The recommendation is to take it thirty minutes before a meal. When taking it for lactation, you may find this makes you very hungry and you might gain weight if not careful.

Supply can build over time, but it is nothing like what happens while nursing an infant. The reality is, full lactation, leakage, and other things that happen when nursing rarely happens when you induce for ANR.

In many European countries it is available over the counter. In some countries domperidone is only available by prescription, in the US a doctor may write a prescription for dom but it can only be obtained from a compounding pharmacy.

Domperidone is sold under many brand names. These are some of the most common names you may see:

Where Can I Buy Domperidone? 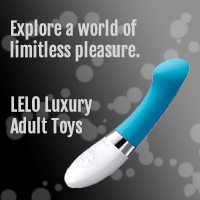