Reprinted with permission from The StarGate Libraries

While this is an accurate definition of an adult nursing relationship, it does not fully describe the many subjective reasons why women sometimes seek to lactate and breast feed outside of child rearing.

One of the more typical reasons a woman may enter into this type of relationship is to recapture, or perhaps experience for the first time, the unparalleled inner peace and profound emotional bonding that can occur during the serene moments of breast feeding.

For a variety of reasons, a woman may want to experience the physical pleasure and deep emotional sensitivities of breast feeding, but may not want to take on the responsibility of parenting at particular point in her life. When this is the case, a loving, committed couple may chose to enter into an adult nursing relationship.

When this phenomenon occurs, the couple can share all of the emotional and physical sensitivities associated with postnatal breast feeding, but without the constraints of parenthood.

In some cases, spiritually bonded nursing couples may exclude sexual interaction altogether during their nursing sessions, and commit their moments of suckling to spiritual and emotional coalescence only. In a healthy adult nursing relationship, the quality of the relationship is more important than the quantity of milk.

For many nursing couples, adult nursing can be a way of deepening their unified commitment to the betterment of their overall relationship.

Although not as common, some spiritually bonded couples may enter into an adult nursing relationship to create, or perhaps enhance an already existing psychic, (unseen, unheard), intercommunication. The emotional and mental coalescence that occurs on a metaphysical level during the moments of adult nursing can be cultivated into a telepathic intercommunication between couples who are already psychically compatible.

Metaphysical experiences are often sporadic and difficult to control; however, the spiritual and emotional coalescence of soul-mates that is known to occur during the moments of adult breast feeding is one of the few times the chaotic thought process of the conscious mind can be calmed to the point where a person can gain control over their subconscious mental process, and master the phenomenon of mental telepathy, or what might be termed as reciprocal telepathy.

When the souls of a psychically compatible couple are coalesced into a single state of being during an adult nursing session, they aren’t just connected to each other emotionally, they are also mentally connected through an Incorporeal Universe that exists beyond of our physical plane of existence.

When the couple’s metaphysical abilities are complimentary, their life force can be coalesced into singular unified soul, creating more psychic energy than either could achieve as individuals.

In some spiritually bonded relationships, it is not uncommon for one member to be empathic toward the other’s thoughts and feelings, while the other appears to be unaware of this connection. Without conscious effort to enhance this phenomenon, it is quite common for psychic communication, (mental telepathy), to travel in one direction only. For example: It is not uncommon for a person in a spiritually bonded relationship to sense that his/her soul-mate is calling seconds before the phone rings.

This is a naturally occurring form of telepathy. The mental coalescence that occurs naturally during the moments of adult nursing can be a way for soul-mates to strengthen their spiritual bond, and in turn, increase their shared psychic abilities.

The desire for intensified sexual intimacy is still another reason why some young married couples experiment with adult nursing. When a young couple is comfortable with discussing normal body functions such as lactation and breast feeding, it is not unknown for the father to become curious about the taste of mother’s milk after the birth of their first child. And between young married couples, natural curiosity often leads to healthy experimentation.

When the new mother begins breast feeding her baby for the first time, stimulation of her nipples, (as the result of suckling) elevates the level of oxytocin in her bloodstream.

This hormone produced by the endocrine system triggers the milk ejection reflex necessary for breast feeding; however, oxytocin, (known colloquially as the “cuddle hormone”), also simultaneously triggers a physical response in the uterus known as uterine flutter. These rapid, pulsating contractions are believed to strengthen the uterus, enabling it to return to its original size and shape after having been stretched over a period of nine months.

Whatever the reason for uterine flutter, the physical sensations can be arousing to the extreme, and becoming sexually aroused by her own baby can be alarming for any new mother, especially when she has no prior experience with breast feeding or the emotions involved. However, when there is good communication between husband and wife, the solution to his curiosity for mother’s milk, and her new found arousal can be adult nursing.

Many new parents have taken their sexual intimacy to a whole new level through adult nursing. Not only do they discover a new level of sexual intimacy, but also find their emotional bond as husband and wife stronger than ever.

Note: A point of caution must be included here. Any sexual activity, (including sexual activity related to adult breast feeding), should be shared only after the child has finished nursing and put down for a nap. Even in infancy, children learn by example, and this is neither the time nor place to expose a child to sexual activity of any kind. Your child has plenty of time to learn about sex as they grow into adulthood.

Also, the child should be fed first. While most women can produce enough milk to breast feed both her child and her husband, first milk is important to the nutritional needs of the child. Both physically and psychologically, the well-being of the child must always be paramount in parenthood.

The mother/child bond is critical to successfully raising any child, and there is no better way to create that bond than breast feeding. For that reason, couples preparing to adopt an infant may also chose to enter into this type of relationship to improve the adoptive mother’s ability to produce milk through induced lactation.

While waiting for the child to be born, suckling on the same schedule as the child will need to feed can dramatically increase the adoptive parent’s chances of being able to successfully breast feed.

There is another reason some women chose to breast feed an adult that is rarely, if ever, spoken of openly. Some women chose to breast feed a loved one that is chronically or terminally ill. When this is the case, the person being breast fed may be her husband, her sister, her parent, or even her adult child. Illness can not only ravage the body, but in addition, can also consume the mind.

In certain circumstances where there is diminished cognitive reasoning in additional to illness, the comfort that can be given in this manor can far outweigh the benefits of any medication that can be prescribed. I mention this only because it does occur, and the women who make this sacrifice are to be commended. There are people in this world whose tomorrow will never be as good as their today.

These are only a few of the reasons why women sometimes seek to breast feed outside of pregnancy and child rearing. Lactation and breast feeding is an innate part of being a woman, and there are as many reason why women seek their inner-self as there are women.

20 thoughts on “Why an Adult Nursing Relationship?” 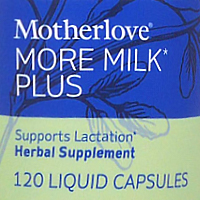