Domperidone maleate (commonly referred to as domperidone, or just simply, dom) is a medication used to treat symptoms of slowed stomach emptying and stomach inflammation, but has the added side effect of promoting lactation.

Some physicians will prescribe it to help increase breast milk in new mothers that are struggling with low milk supply.

Domperidone is also used as part the Newman-Goldfarb Induced Lactation Protocols, along with Fenugreek and Blessed Thistle.

Domperidone tablets typically come at a 10 mg tablet, and the usual dose for inducing/maintaining milk supply is to take 20-40 mg four times a day in conjunction with a combination of herbal galactagogues.

In many European countries it is available over the counter.

Some common brand names for domperidone:

Reglan was a commonly used drug in the US for many years, but has fallen out of favour due to some side effects that are considered too serious to continue prescribing this drug as commonly as it had been used previously.

Major side effects include depression/anxiety, which comes on after a period of 3-4 weeks and will subside after the medication is discontinued. Nausea, seizures, and twitching are other side effects that are common. 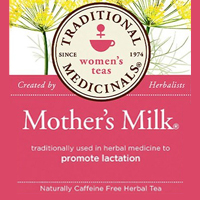